“Redsocks has brought an enthusiastic, creative and dynamic approach to how we fundraise and market our Services. Positive Futures is now in a much stronger position to compete for funding from the general public. corporate business charity partnerships and UK Trusts and Foundations.”

“Redsocks Consultancy undertook a Review of the Action Cancer’s services and matched these with prospective Trusts and Foundations.”
“We were successful in securing funds from a range of new sources. This was due to Denny Elliot’s personable approach, extensive networking contacts, his ability to grasp the distinctiveness of each service we offer, and developing a compelling case for support.”

“We have worked with Redsocks on some major revenue and capital appeals developments, across the consortia, and found them to be very professional, enthusiastic and motivated to meet and understand our needs.”

“I found Redsocks great to work with. Denny considered the best ways and platforms to support our fundraising needs. Denny was professional and dedicated. We can highly recommend Redsocks and we look forward to working with him in the future.” 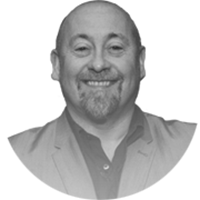 Denny Elliott is founding Director of Redsocks. He has been working in the Voluntary Sector for 21 years at both director and senior management level.  A former Peace and Conflict Studies student at Magee Campus University of Ulster he began life in the sector with Amnesty International before Joining Concern Worldwide where after 3 years he became a Regional Manager with Save the Children Fund. In addition to managing the All Ireland fundraising work of Oxfam Ireland he was Director of Fundraising and Communications with Northern Ireland Chest Heart and Stroke for 8 years creating and developing new and innovative income streams for the organisation such as legacies, donations in lieu of flowers and community events.  The later stream alone developing over the years to an annual revenue return of £350,000 and the former generating a net return of £1.5 million by the time he left in 2007.  He was also responsible for the award winning and highly regarded corporate partnerships with Low Low, Weightwatchers, Phoenix Gas and Northern Bank, which generated some of the highest profile gala dinners in the voluntary sector. 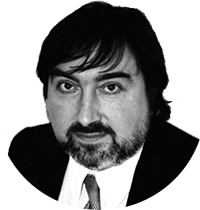 Mike Philpott is a communications professional with a long track record in journalism and public relations. He has worked for newspapers in Manchester and Belfast and spent the 1980s and 90s as a reporter, producer, presenter and correspondent with the BBC. He was appointed Dublin Correspondent in 1988. Since becoming freelance, he has continued to script and narrate TV documentaries for the BBC and has been a commentator on current events. He has been a runner-up in the prestigious Sony Awards on two occasions and has won the Hennessy Award for his writing. He can advise on all aspects of communication, including using the social media to best advantage. 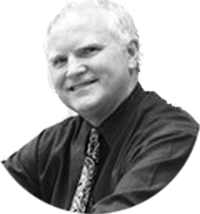 Dr Francis Costello is a Visiting Research Professor at the Institute from 1 May 2014 to 30 April 2015.

‌Dr Costello is a native of the US who has lived and worked in Belfast for the past fifteen years. He was head of International Trade and Business Assistance for the Boston Economic Development Industrial Corporation 1989-1992 and served in the US Federal Government during the Clinton Administration and prior to that as a Congressional staff member in the US House and Senate as well as holding posts in state and local government including Chief of Staff to Rep. Joseph P. Kennedy II. He has worked as a consultant to the AFL-CIO’s Housing Investment Trust and also for the Cullinane Group Boston and as head of fundraising for Crescent Capital.

Along with a PhD from Boston College Dr Costello also holds a Masters Degree from the School of International Affairs and Public Affairs at Columbia University where he was also Programme Manager of the Northern Ireland Community Builders Programme, as well as an M.A. in History from New York University and a B.A. from Fordham University.

Dr Costello is married to Anne O’Connor-Costello and they have four sons Owen, Emmett, Conor and Ronan. He is the author of three historical works of Irish interest, as well as a contributing author and has been a guest lecturer at the University of Ulster, the John F. Kennedy School of Government at Harvard University, and Queens University. Dr Costello is a Trustee of the Ulster Historical Foundation and has served as a Governor of the Linen Hall Library Belfast as well as his involvement in a range of civic and sporting activities.