In late 2013 – at the start of a fundraising drive for the learning disability and autism charity Positive Futures – we undertook a review of the organisation’s overall image.

In today’s world, especially when competing for funding, a brand needs to stand out from the crowd.

The charity’s previous brand and logo (left) had served it well since its foundation in 1995. But it needed something fresher, more inclusive and welcoming. So our brand and design consultant came up with a softer, more approachable logo (right) that is fit for the 21st century.

Although the new image necessitated a re-design of Positive Futures’ web site, the overall rebranding process was completed at a fraction of the cost other organisations – even in the voluntary sector – have occurred.

Since the new brand and web site went live in early 2014, the charity has seen an increase in web traffic, improved Twitter and Facebook following and more attention from the media. In the first 10 months of 2014, it had a potential media audience of more than a million people. 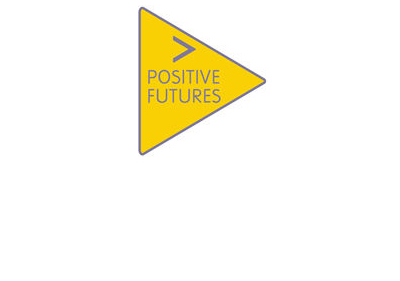 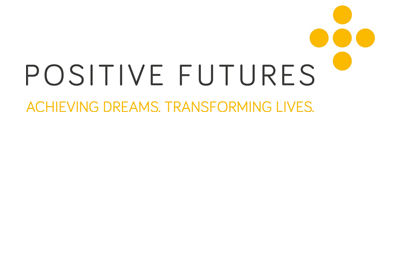